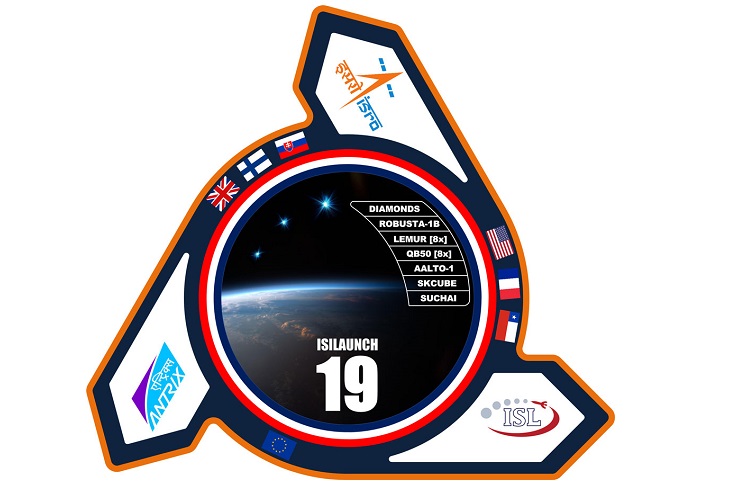 Early this morning, a launch vehicle of the Indian Space Research Organisation ISRO has launched a total of 31 satellites into space. The PSLV-C38 launch carried the CartoSat-2E earth observation satellite as its main payload next to a number of small satellites. The Dutch nanosatellite company ISIS – Innovative Solutions In Space (ISISpace) was responsible for manifesting a total of 23 satellites on this particular launch. With the success of this campaign, ISIS has reached an incredible total of 200 satellites launched into space through its subsidiary Innovative Space Logistics (view track record).

Since 2007, ISIS has been carrying out numerous successful launch campaigns for small satellites through its launch services subsidiary Innovative Space Logistics (ISL) and it is one of the leading players in the small satellite launch business. During this ISILaunch19 launch campaign, ISISpace engineers were responsible for the integration of the 20 CubeSats onto the PSLV launch vehicle, using satellite deployer systems and sequencing electronics developed in Delft. In the last couple of weeks an ISISpace team took care of the final integration of all hardware on the launch vehicle at the launch site in India, resulting in the successful launch of this morning.
Launching a record breaking 101 satellites on the PSLV-C37 earlier this year, ISISpace continuous to bolster its launch services track record with this PSLV-C38 launch. Multiple launches to low earth orbit are scheduled for the second half of 2017 across multiple launch vehicles. 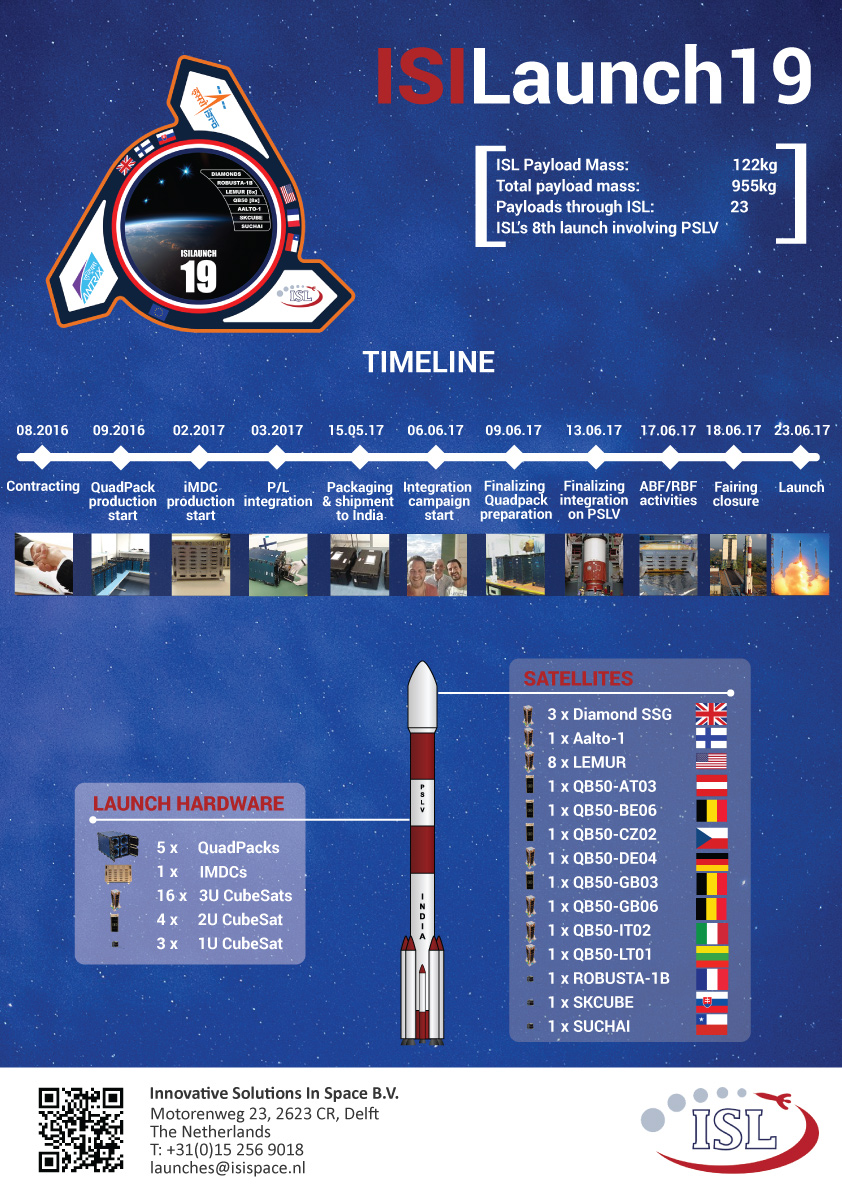 Among these 23 satellites, there are 8 CubeSats that will complement and complete the QB50 constellation for upper atmospheric research (www.qb50.eu). This project, sponsored by the European Commision’s FP7 is managed by the Von Karmann Institute from Belgium and ISISpace has been one of the consortium partners of QB50 since the start. The CubeSats launched by ISISpace into polar orbit will work together with the CubeSats deployed from the International Space Station in May.
The ISILaunch19 manifest also includes several payloads that were initially scheduled for a launch on a Falcon 9 mission through Spaceflight’s Sherpa mission, a launch that was significantly delayed due to various factors. ISL and Spaceflight have jointly worked on re-manifesting these payloads to this PSLV launch to make sure our customer’s satellites were launched earlier. Such a re-manifesting of payloads clearly shows the added value of the ISILaunch Services of ISISpace to serve the CubeSat community, offering access-to-space flexibility towards customers of launch services by operating across multiple launch vehicles and missions in parallel. 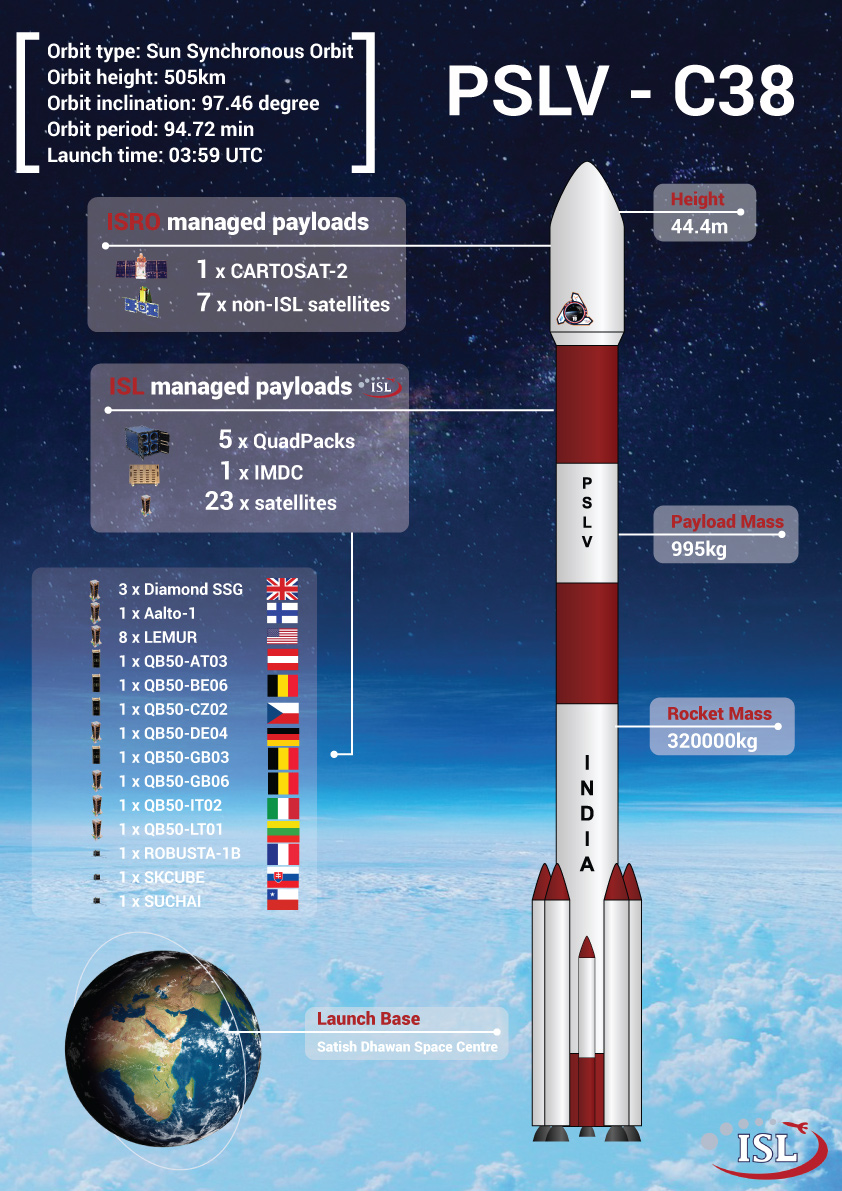