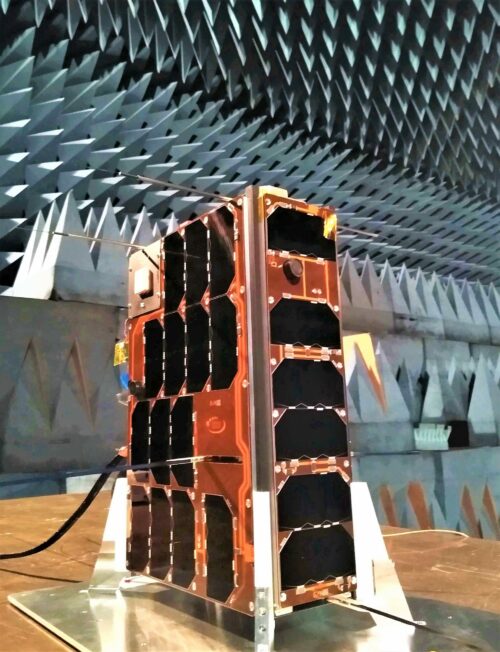 According to the current planning, Virgin Orbit will launch the first Dutch nanosatellite (BRIK-II) to orbit with its upcoming launch mid-March. This military satellite is an experimental project which has been set up in a unique collaboration in the commission of the Royal Netherlands Air Force (RNLAF). With this launch, the Dutch Ministry of Defense (MoD) takes its first steps into the Space domain.

From both a civil and military perspective our society has become dependent on satellites orbiting our planet. For example, satellites enable the usage of navigation and communications systems. The use of satellite systems for military purposes encompasses both opportunities and threats.
NATO already underlined the importance of the usage of Space at the end of 2019 in declaring Space as an operational domain. The Dutch Ministry of Defense recognizes this. The Defence Vision 2035 describes, amongst other things, the usage of Space as an indispensable link within an information-driven Armed Forces.

In cooperation with Dutch industry and knowledge institutes, the choice has been made to explore scalable and affordable capacities for military usage of Space. Nanosatellites, slightly bigger than a milk carton, are less expensive than the traditional and bigger satellites and can be launched into orbit on a bigger scale which results in a less vulnerable and more redundant system. BRIK-II is a nanosatellite in which the partners who are involved want to demonstrate that a satellite like BRIK-II is effective for relevant (military) information and communication applications.

Stronger together
The construction of BRIK-II underlines the innovative abilities the Dutch industry and knowledge institutes are capable of in developing relevant military and/or dual-use capacities. The company Innovative Solutions in Space (ISISPACE) located in Delft is the designer and integrator of BRIK-II. Royal Netherlands Aerospace Centre (NLR) has developed a sophisticated instrument based on new technologies which will be put into practice on BRIK-II.

BRIK-II
Not entirely coincidentally the first Dutch nanosatellite has been named BRIK-II. This name symbolizes the development of the Dutch aerospace since 1913.

In 1913 Marinus van Meel built ‘The BRIK’ which was the first aircraft for the ‘Luchtvaartafdeeling’ (nowadays known as Royal Netherlands Air Force) in Soesterberg. This plane was used by the Dutch Armed Forces to explore the domain of aviation.

To commemorate his pioneering spirit, the first nanosatellite gets the honourable name of BRIK-II.