ISISpace is pleased to announce another successful launch through ISL Launch Services.
On August 16, 2016, the 3CAT2 6U nanosatellite, designed and manufactured by the NanoSat Lab at the Universitat Politecnica de Catalunya, Barcelona, Spain, was successfully launched from Jiuquan Satellite Launch Center (JSLC) aboard a Long March 2D (LM-2D) launch vehicle, using an ISIS 6U Deployer. This launch marks the 75th satellite to be placed on orbit by ISIS’ launch subsidiary ISL – Innovative Space Logistics, and the 58th ‘door opening’ of an ISIS deployer in space. 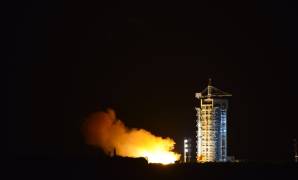