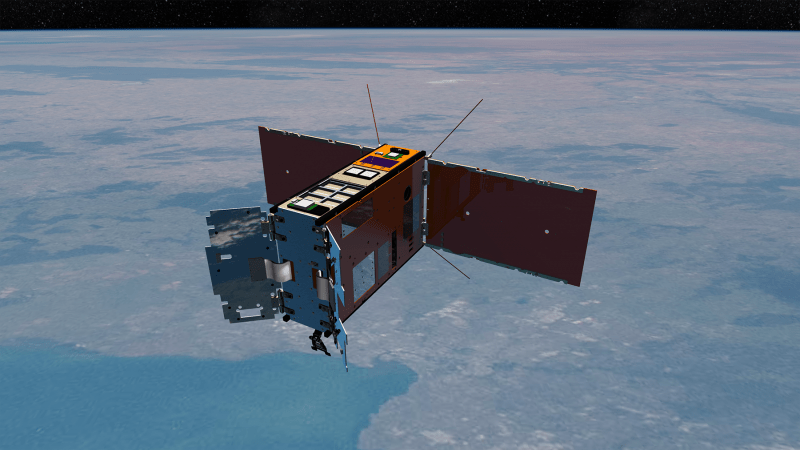 The SpIRIT spacecraft, the first selected for funding by the Australia Space Agency, has been booked with launch service provider ISISPACE Group through our subsidiary ISILAUNCH to blast off in April 2023.

The spacecraft is being designed and built by a consortium led by the Melbourne Space Laboratory at the University of Melbourne, with participation from Australian industry partners and the Italian Space Agency. It will operate in orbit for two years demonstrating the long-term performance of Australian-made space technology.

Principal Investigator Professor Michele Trenti from the School of Physics at the University of Melbourne said the signing of the launch contract was a critical milestone, which reflects the strong progress towards readiness for flight.

“The team has got to this point less than two years since selection of the mission for funding,” Professor Trenti said.

The Space Industry Responsive Intelligent Thermal (“SpIRIT” in short) nanosatellite is a small “shoebox” (just 30cm) during launch, but once in orbit it will deploy solar panels and thermal radiators stretching to nearly a meter long. It will run a suite of powerful scientific instruments, cameras, guidance systems, communication antennae, on-board computers with artificial intelligence capabilities, and even its own electric propulsion thruster.

“It is truly a miniaturized spaceship,” said Professor Trenti.

Would you like to read more about this? Check it out here.