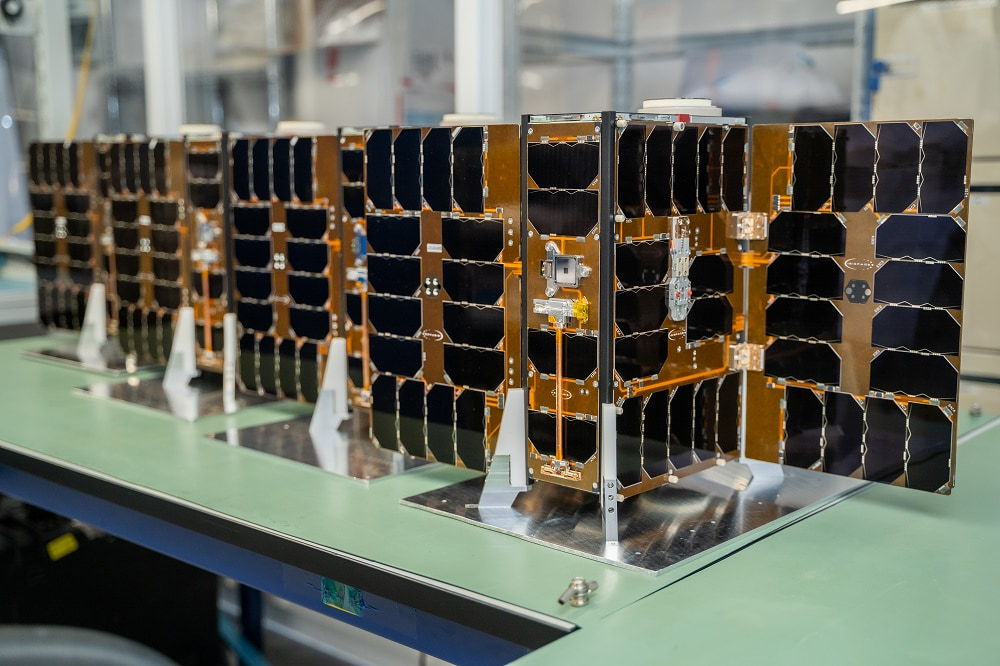 The Observer Mission satellites have successfully completed all System Assembly and Integration and Test (SAIT) activities, followed by system-level electrical and mechanical functionality verification, including environmental testing of the satellites. Each system has been subjected to vibration, thermal, and electromagnetic compatibility (EMC) tests, ensuring the functionality of the cluster after launch for the duration of the mission.

Kleos’ CTO Vincent Furia said, “Our four Observer satellites have now completed the final testing phase and will soon be sent to the launch site for integration with the launch vehicle. The next crucial step before the launch is integration with the deployers, which is planned for this month. The Observer Mission, featuring VHF and X-Band collection payloads, will expand our data collection capability and provide additional value to our customers.”

The Observer Mission satellites will be deployed into a Sun Synchronous orbit from Cape Canaveral Space Force Station in Florida on the Transporter-6 SpaceX mission currently scheduled for Q4 2022 and will expand Kleos’ data collection capacity by up to an additional 119 million km2 per day.

The NRO is responsible for maintaining global vigilance in times of peace and war. It develops, acquires, launches, and operates innovative space-based surveillance and reconnaissance systems that collect and deliver intelligence to enhance U.S. national security.

After a multiple-phase proposal process, Kleos was awarded the first stage contract under the NRO’s SCE BAA Framework, focused on the analysis, modelling, and simulation of Kleos’ capabilities to support the U.S. Government’s current and future commercial radio frequency (RF) reconnaissance needs. The NRO’s SCE framework continuously evaluates new and emerging capabilities and providers. Whilst the monetary value of the first stage of the contract is not material, the contract award has a significant impact on Kleos’ future potential to deliver into the U.S. Government market.

Under the project, Kleos will provide insights into how to optimise evolving commercial RF geolocation capability to enhance and augment existing capabilities in a persistent, resilient, cost-effective manner that is also easily shareable across the U.S. Government, and with international partners and allies.

Follow-on stages will emphasise tasking, data collection and direct delivery of data to end-users. This contract will allow Kleos to support the U.S. Government Defense, Intelligence, and Law enforcement missions, thanks to the integration of its data within the NRO’s capabilities.

Kleos’ Chief Revenue Officer, Eric von Eckartsberg, said: “We are very proud to receive this contract with the NRO, and to start our projected journey to growth with RF Earth Observation data, which imagery companies have been enjoying for many years.”

“This study project represents a significant opportunity for Kleos to help the NRO assess the operational and decision-making usefulness of commercial RF GEOINT and understanding how our unique data set can be leveraged and fused with NRO’s operational capabilities through a combination of modelling and simulation, and analysis of collected data from our growing constellation of satellite clusters.”

“Our four satellites per cluster constellation has significant operational benefits, including increased resilience and risk reduction compared to systems with fewer satellites. It enables us to collect additional radio frequencies within each band and accurately detect transmissions even when the tracking or positional system has been disabled or turned off. Our independent intelligence data can be used to validate or tip and cue other commercial datasets to enhance situational awareness.”